Dr. Jeffrey Ganeles is one of our country’s most recognized periodontists and dental implant surgeons. He has authored over 45 professional articles and texts, given more than 100 invited presentations to dentists and specialists, and taught at many academic institutions in the U.S. and abroad.

Dr. Ganeles earned many honors and awards, including achieving the highest level of recognition as a periodontist-becoming a Diplomate of the American Board of Periodontology in 1993 and has recertified several times since then. He is one of the founding faculty members at Nova Southeastern University College of Dental Medicine, where he teaches post-doctoral residents. He also holds an appointment at Boston University and previously taught at Georgetown University and the Cleveland Clinic.

Dr. Ganeles is believed to have performed the first immediate loading dental implant procedure on Primetime television Feb 12, 2004, when a patient received dental implants and immediate fixed teeth on the ABC television show Extreme Makeover. Since then he founded a national network of dental specialists with Dr. Norkin, called TeethToday Member Group, to promote and perfect these procedures so patients can efficiently have tooth replacement throughout the USA. The intellectual property of this group was purchased by a major dental implant company for widespread implementation.

Throughout his professional career, Dr. Ganeles has been an innovator focused on developing better, faster, more efficient and less traumatic methods to obtain great, long lasting results for patients. This has included developing and implementing new technology, creating innovative practice styles, procedures and tools. When not focused on professional activities, he is an avid snow skier, traveler, photographer and mediocre golfer. 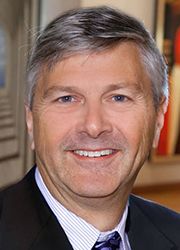 After earning his B.A. from Emory University, Dr. Norkin earned his D.M.D. from Tufts University School of Dental Medicine. He completed a General Practice Residency at the Veterans Administration Medical Center in Miami, Florida where he received extensive training in hospital and operating room dentistry, as well as invaluable experience in the treatment and management of medically compromised and “dentally-phobic” patients. These experiences benefit his patients to this day.

Dr. Norkin then received a Certificate of Advanced Graduate Study in Periodontology from Nova Southeastern University where he remained as an adjunct professor for more than 12 years, all the while maintaining his full-time private practice. He is a Diplomate of the American Board of Periodontology and a Fellow of the International Team for Implantology (ITI). Dr. Norkin is one of the few periodontists in South Florida that is certified in conscious sedation, allowing him to treat even the most apprehensive patients.

Dr. Norkin is an accomplished author, publishing original research on a variety of clinical topics including early and immediate loading of dental implants, regenerative surgery, complex treatment planning, and cone beam CT-scans among others. Dr. Norkin shares his expertise with the dental community by lecturing on complex subjects that aid in providing patients everywhere the highest standard of treatment. His special areas of interest and treatment include minimally invasive surgical techniques for the treatment of periodontal disease, bone and soft tissue regeneration, the esthetics of beautiful smiles, and early and immediate loading of dental implants.

When not involved in professional activities, Dr. Norkin focuses on fitness, tennis and, most of all, his family. 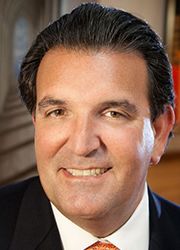 Dr. Aranguren joined SFCPID in 2016 after completing two residencies at the University of Connecticut and an advanced research degree. She is Board Certified in Periodontics and Dental Implant Surgery.

Originally from Venezuela, she graduated from University of Zulia, in Maracaibo in 2002 with highest honors. She received a rare faculty appointment as well as practiced in Maracaibo briefly before leaving the country for South Florida due to political and economic turmoil. She then embarked on 12-year quest to build her American credentials and earned an opportunity to attend the 2-year University of Connecticut Residency in Advanced Education in General Dentistry, where she learned and practiced hospital dentistry, advanced restorative dentistry and other disciplines. While in this program, she was recruited to the 3-year residency in periodontics, where she earned her specialty certificate and MDSc.

Now Board Certified in Periodontics and Dental Implant Surgery by the American Board of Periodontology, Dr. Aranguren is an exceptional addition to our group. She is fluent in Spanish and is licensed to provide IV and conscious sedation. She has tremendous insight, empathy and enthusiasm for her patients, and treats them with a gentle touch and a warm smile. Dr. Aranguren practices state-of-the art procedures including minimally invasive tissue (gum) grafting, laser assisted periodontal treatment, immediate load implant dentistry (TeethToday®), accelerated orthodontics, and esthetic enhancement in addition to more routine procedures.

Dr. Aranguren can be found running, biking or enjoying the ocean when not focused on professional activities. 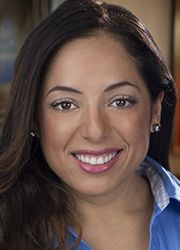 Dr. Samuel Zfaz is Board Certified in Periodontics and Dental Implant Surgery and completed residencies at Boston University and Nova Southeastern University. Originally from Mexico City, he earned his D.D.S. degree from Universidad Tecnologica de Mexico in 1998. In 2000 he completed a residency in Advanced General Dentistry at Boston University Goldman School of Graduate Dentistry.

He then received a Certificate in Advanced Graduate Study in Periodontics from Nova Southeastern University and a fellowship in Prosthodontics. Dr. Zfaz became an adjunct professor at NSU where he continues to serve as a guest lecturer, educating the next generation of dental professionals. He is a Diplomate of the American Board of Periodontology and Fellow of the International Team for Implantology (ITI) and frequent lecturer domestically and in Latin America.

Dr. Zfaz is an active participant in several dental societies, and his areas of interest and treatment include implant dentistry, esthetics and periodontal support for complex periodontal-restorative cases. He is also a partner in DevRight, Inc., a business dedicated to technology applications and developments in dentistry as well as teaching lecturers podium presentation skills. Dr. Zfaz lives and maintains a practice limited to periodontics and dental implant surgery in Aventura, FL in addition to his affiliation with SFCPID.