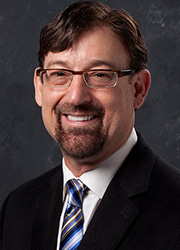 Dr. Robert A. Levine maintains a full-time private practice in the Einstein Center One Building in Northeast Philadelphia focusing on surgical implant placement, cosmetic oral plastic surgery procedures and reconstructive and regenerative therapy. He is presently a Clinical Professor in Post-Graduate Periodontics and Dental Implantology at the Temple University Kornberg School of Dentistry. Dr. Levine is a Diplomate of the American Board of Periodontology and is a Fellow of the College of Physicians in Philadelphia. He has lectured extensively both nationally and internationally and has been featured on several local and national television and radio shows discussing dental implant therapy, smile makeovers, reconstructive periodontal therapy and the link between periodontal disease and heart disease, low birth weight, cancer and other serious systemic diseases.

Dr. Levine serves on the Editorial Boards of numerous international scientific dental journals and has authored over 60 articles and four book chapters on periodontics, periodontal surgical procedures and dental implants. He is a Fellow of the International Team for Implantology (ITI) of Basel, Switzerland and was one of 100 representatives from around the world invited to participate in both the ITI 4th Consensus Conference in Stuttgart, Germany (2008) and the 5th Consensus Conference in Bern, Switzerland (2013) to establish treatment protocols for implant dentistry worldwide. In June 2010, he was honored as the Distinguished Speaker at the University of North Carolina at Chapel Hill Department of Periodontology's 13th Annual Straumann Lecture Series on Dental Implants and was again chosen as the guest lecturer in October 2011 for the 1st Annual Straumann Distinguished Speaker Lecture by the Temple University Kornberg School of Dentistry. In 2010, Dr. Levine was inducted to Temple University Kornberg School of Dentistry's Gallery of Success and was chosen by his peers as "Top Doc in Periodontics" in Philadelphia Magazine (2010, 2012).

Dr. Levine is President, Founder and Program Chairman of the Northeast Philadelphia Dental Implant and Perio-Prosthesis Study Club since 1984 which is dedicated to providing cutting-edge continuing education courses to the area's dental community. In 2009, he founded the Greater Philadelphia Dental Hygiene Study Club committed to advancing the professional careers of dental hygienists and assistants through educational courses. One of the pioneers of the "immediate load" revolution in dental implants, Dr. Levine is one of only a handful of periodontists nationwide who have been performing this procedure since 1994. His SameDay Smile© allows patients to complete an implant surgery and leave the dental chair with beautiful, functional teeth in a single visit. Additionally, Dr. Levine is a leader in performing the "All-On-4™" treatment option using Nobel Biocare and Straumann implants, providing the immediate benefits of fewer implants, less surgery, lower costs and reduced healing time for patients. 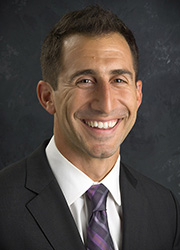 Dr. Philip L Fava II DMD, MDSc, joined the PA Center for Dental Implants and Peridontics in the summer of 2013. Dr. Fava shares the same passion for patient-centered and state-of-the-art periodontal and implant therapy for which the Center has always been noted. In particular, Dr. Fava enjoys esthetic implant placement and oral plastic surgery.

Dr. Fava completed his specialty residency in Periodontics and Masters in Dental Science (MDSc) at the University of Connecticut (UConn). During his time at UConn, Dr. Fava served as the chief resident, a great responsibility and honor. He earned his Doctor of Dental Medicine degree here in Philadelphia from the University of Pennsylvania School of Dental Medicine (UPenn).

In addition to his love of practicing dentistry, Dr. Fava has always been drawn to teaching. Whether as a volunteer tutoring high school students, a peer instructor in the pre-doctoral program at UPenn, or as a clinical instructor at UConn, he has brought his enthusiasm for learning to each person he meets.

Dr. Fava carries on this passion through his continued work with dental students and dentists throughout the greater Philadelphia area.

Where time allows, Dr. Fava enjoys soccer and cycling, the latter of which he does at a competitive level. When there is snow on the ground, Dr. Fava keeps busy snowshoeing, cross-country and downhill skiing. When not in motion, Dr. Fava loves spending time with family.